This website or its third party tools use cookies, which are necessary to its functioning and required to achieve the purposes illustrated in the cookie policy. If you want to know more or withdraw your consent to all or some of the cookies, please refer to the cookie policy. By closing this banner, scrolling this page, clicking a link or continuing to browse otherwise, you agree to the use of cookies.

"GALANTINE: A PRODUCT THAT BELONGS TO THE HISTORY OF MARCHE"

Marco Gavio Apicio, a bon vivant Roman patrician of the age of Tiberius, in his famous collection of gourmet recipes "De Re Coquinaria", handed down to us a recipe for "Stuffed Chicken" served at the superb banquets of Lords, which was very similar to the traditional recipe for "Galantina Marchigiana". Apart from the use of spices that can no longer be found, the main ingredients are the same. However, the term “Galantine” first appeared in the Middle Ages. Originally, this indicated the type of "animal jelly" that was popular in 14th-15th century cuisine, representing one of the most effective and widespread ways of preserving cooked food. And, as it often occurs, over time a term that indicated an accessory becomes and remains the main object.
This is how GALANTINE became part of culinary history, although it became a traditional symbol of gastronomy only in the Marche region. This dish, which is rather complex and elaborate to prepare, as you will see, was regularly served during traditional Easter and Christmas lunches, weddings and all the most important celebrations. Below is the recipe for "GALANTINA DI GALLINA", which is the original and most traditional recipe, although you will find that any housewife from Marche adds other ingredients to taste.
Choose a nice mature hen and remove the bones. Separately, prepare the filling by mixing together: 100g of grated Parmesan cheese, 400g of lean ground beef meat, 4 raw eggs, 100g of diced “prosciutella”, 50g of pistachios, a couple of chopped carrots, 100g of green olives (pitted and chopped), a sprinkle of white pepper and salt. If it is truffle season, you can add a few slices to the filling. Now stuff the chicken, put a hard egg in the middle and then close well by sowing it with a white cotton thread. In the meantime, you have to boil 3-4 litres of salt water with a couple of carrots, an onion and a stalk of celery. As soon as it boils, immerse the chicken in it and the stripped bones and leave it all to cook on low heat for at least 3 hours. Once cooked, the galantine must be preferably laid on a hard wood or stone surface. Place a weight of 3-4 Kg on it. Leave it to cool and flatten for at least 2 hours.
At this point, the GALANTINA is ready: make sure it has cooled well, then cut it into slices and serve with boiled chicory; it is best paired with "CRESPIGNE", a variety of wild winter chicory that actually tastes its best when there is snow. Today, “Galantina Marchigiana” has become a consumer product at a regional level. It can be found all year round in major food retail chains and delicatessen stores. Among the producers of the Marche region, who are committed to maintaining the high quality of their GALANTINA, which is still prepared according to the traditional artisan method, the company “Orma Group s.r.l.” is certainly worthy of mention.
Based in Grottazzolina, it is now a leader in the production and marketing of CHICKEN GALANTINE and is successfully exporting this typical dish to several other regions, thus strengthening the image of Marche cuisine, which is becoming even more synonymous with quality and authenticity. 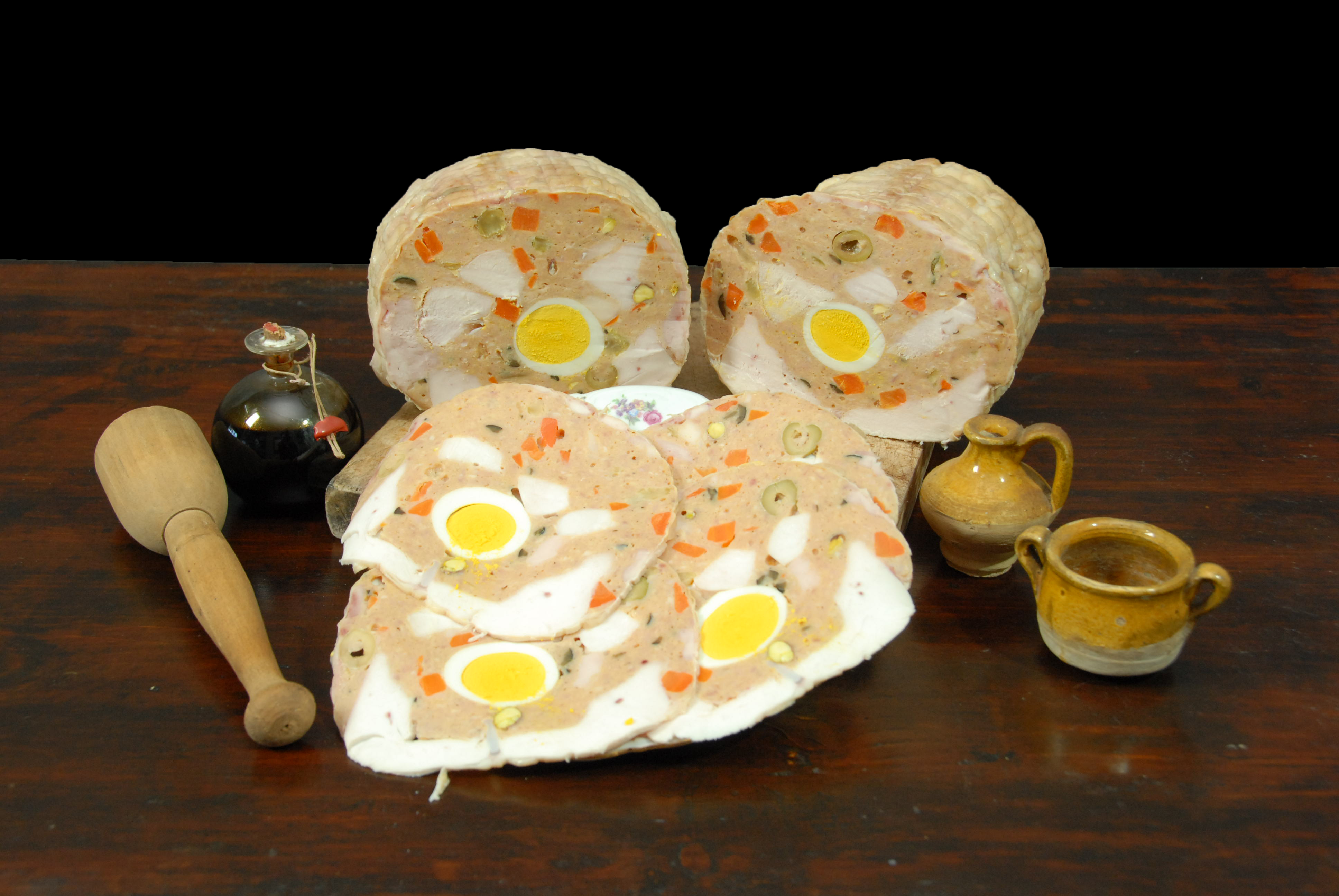 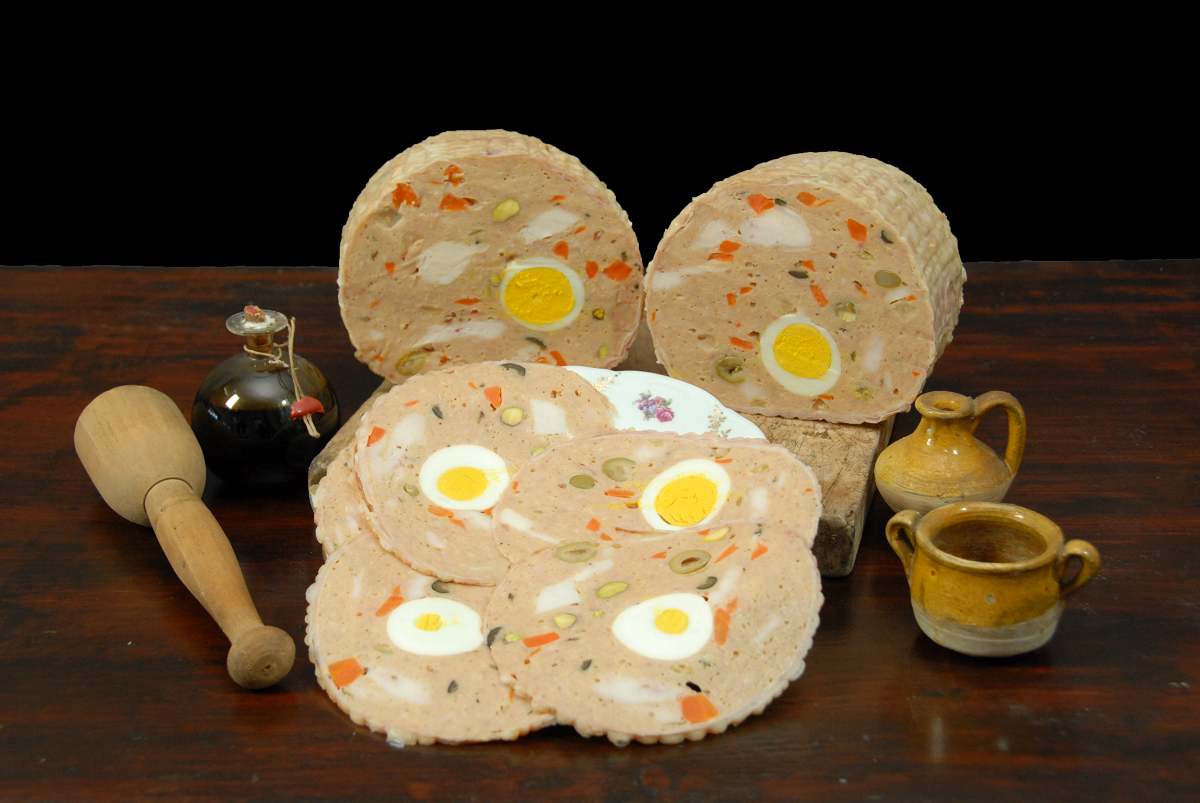